május 31, 2017
Today as I was searching for incense sticks in my luggage where I am keeping the souvenirs I've bought so far in India for my loved ones, suddenly the intense smell of black tea struck me and took me back to moments I have experienced in one of the most magnificent places I have ever been to: Munnar. And because it is May, I am missing home; when landscapes in Transylvania become green and verdant; when trees blossom and I feel alive; it is my favorite month.

Munnar was like a dream of lush green art, a place where elephants could play hide and seek amongst the trees, where you can get lost and forget your problems, your life or who you are.

Some might say it is just a regular hill station, but for me it wasn't. It was the last trip for my flatmate, Ferhan before she left India. I went not just to accompany her, but to clean my mind from the crowd, the noises and the dirtiness of the city.


First time on a sleeper bus

Munnar is South-India's largest tea-growing region, about 600 km-s away from Chennai, in the state of Kerala. It used to be the summer retreat of the British and it still retains the charm of a colonial past.

In the absence of a better option, we took a sleeper bus from Chennai. As it was my first time to travel with sleeper bus, I was more curious than afraid. When we've boarded I found the situation very funny, mainly because in the beginning we were the only women.

The road to Munnar was extremely curvy so during the - more than 10 hours - journey I woke up one hundred times worried of falling from the upper side of the bunk bed (but at least I've seen a remarkable sunrise among the mountains). Not to mention that the AC was so strong that I completely froze by the time we've arrived.


Still, I have managed to have some rest and to gain energy for the first day in Munnar. And actually the sleeper bus experience as a whole was better than I imagined; I mean surely better than traveling by normal bus.


Compared to Chennai heat, in Munnar the weather was very gentle; the temperature dropped by at least 10 Celsius grades, which meant around 20 Celsius. We've had to take an auto rickshaw to get to our accommodation, Pavithram Homestay, located in a more remote area, a few kilometers away from the crowded centre of Munnar. We've checked the photos and reviews on Booking.com and we've been convinced. And it was a good decision.

On the way, when we were driving on the serpentine roads, in the slightly misty air, among the frilled hills, full of tea plantations, plants and trees, listening only to the noise of the engine and the sounds of nature, I was wondering if I am really awake or I am still dreaming in the bus.


After taking a look around, settling in the room, having breakfast and coffee we wanted to take a walk in the surroundings, but it started raining. I haven't seen rain for about two months (as in Chennai rarely rains) and although I am not a fan of bad weather, this time I enjoyed it. The sound, the view, the feeling... It helped me to forget about the "objective" world, about what is happening outside and to focus on myself.

After rain we went up to see the tea plantations behind the house. I am a tea lover and when I was a child I didn't like the sparkling water we used to have home, so I was drinking almost just tea. Usually mint tea. And my grandmother used to call me Tea-Bea. 😊


Getting lost among tea plantations

We loved getting lost among the tea-plantations, touching the leaves, feeling the freshness, watching the tons of shades of green. Just relying on our senses and not thinking about anything.


We've walked to Lockhart Tea Factory, which was pretty close to our accommodation, but unfortunately we have arrived too late to see it. So we've just bought some tea from their shop. Black tea. And drank one, bien sur. And we've enjoyed the view. Again, like in a fairytale.

While walking we've met some women who have just finished their work on the tea plantations. Epic.


On the second day we have booked a car - along with a driver - who took us to some famous spots around Munnar. Mainly touristic places.

And again we have seen women working on the tea plantations. This time I felt like in a movie. A Wong Kar-Wai one maybe. 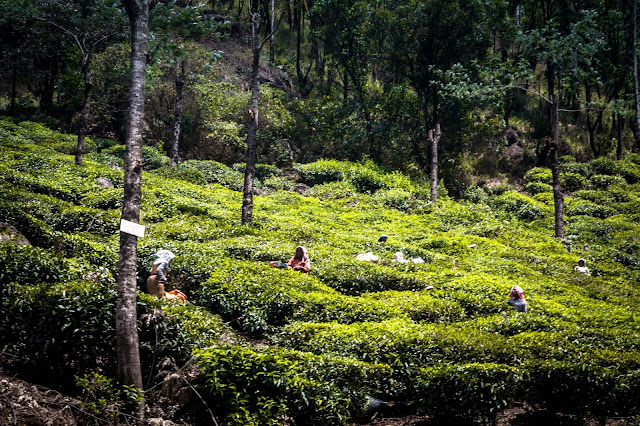 We've visited Hydel Park, which actually was just a normal park and we've had a small conversation about our big life questions with Ferhan. Then the Spice Garden, accompanied by a crash course on spices, a waterfall (Ferhan's desire), a short jungle tour including a cave, and two lakes - Mattupetty Dam and Kundala Dam. 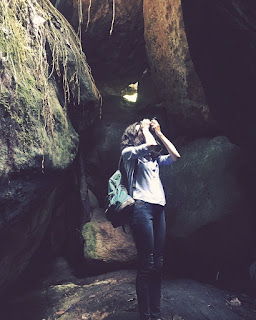 There was a chance to ride an elephant, and I badly wanted it as it was on my bucket list but when I saw them I have changed my mind. I felt it is like we are in a circus and it lost all its attraction.

The driver was a really cool guy and he explained us a lot of things, about plants, tea plantations and the spots we were visiting. And he spoke about a special drink, toddy, which we absolutely wanted to try.

So he took us to a local place where we've bought two liters. Toddy or palm wine is a white drink, made of coconut and it has a very short shelf life. Although it is said that the alcohol content is about 8.1% it didn't really had any effect on us. But at least we've tried it.


We've also visited places where Chennai Express was shot. I was curious as this was the only Bollywood movie I've seen before I came to India. And the movie where I've seen Shah Rukh Khan for the first time.

And we went to see the Honey Bee Tree, a huge tree with bee hives hanging from the top of the tree.
The strangest (or most interesting) part is that all the hives are on a single tree and there is not even a single one on any other nearby tree.

By 6 pm we felt exhausted and I went to sleep as soon as we arrived back to our accommodation.

I woke up next day at 6 am and we climbed the hump behind the house to see the sunrise. In the beginning it was still dark and then magic started to happen.
Shadows became forms, monks were chanting somewhere far away, birds were the harbingers of light and of a new beginning. It was a sensory experience which was worth truly experiencing it and focusing on it, each moment, each minute; needless to say the awakening nature took our breath away and we've felt alive, so alive. 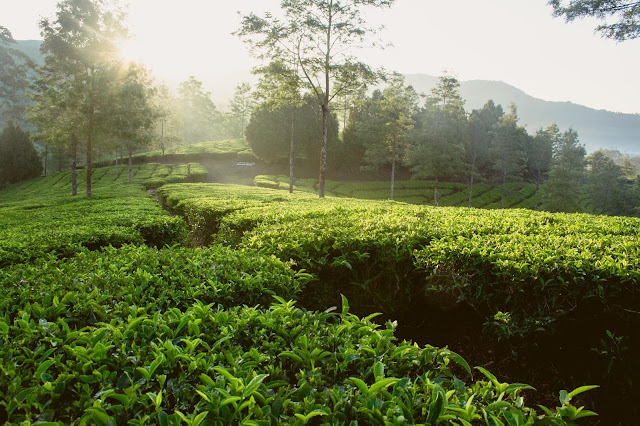 As I was going through the photos and seeing all the shades of green, I remembered a García Lorca poem, the Romance Sonambulo:


Green, how I want you green.
Green wind. Green branches.
The ship out on the sea
and the horse on the mountain. 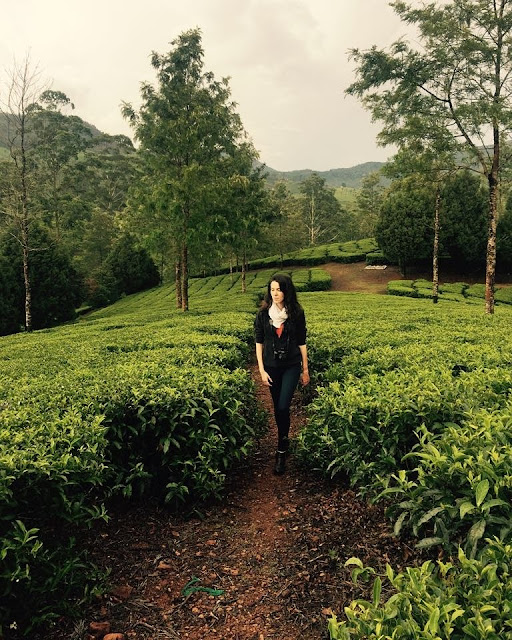 Have they reminded you of something? 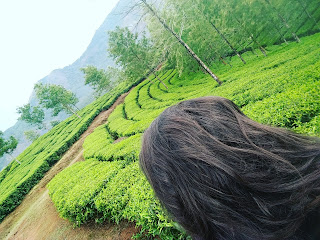 go out and listen to the sounds of the awakening nature

a chant from far away

look at the green leaves